Velocity storms back to win in OT vs Walser

EDINA, Minn. --  “86 degrees in the parking lot, 42 in here… it must be hockey season,” the rink announcer said Wednesday night as the refs prepared to drop the puck at Braemar ice arena for week two of Da Beauty League.

Fans seemed to agree as they flooded into the rink, eager to watch their favorite players in some high-paced, 4-on-4 hockey.

Wednesday’s three game slate kicked off with a match-up between two 1-0 squads, Team Velocity and Team Walser. With an excited “let’s play hockey” chant from an eager arena full of fans, the game got underway.

Building off last week’s success, Team Velocity opened up the scoring just 50 seconds into the first half with a bar-down goal by Alex Goligoski of the Arizona Coyotes.

Team Walser rallied midway into the first period with a one-two punch equalizer from Jack Dougherty, followed quickly by a goal from Teddy Blueger.

A rocket by Tyler Pitlick of the Dallas Stars off of a well placed pass from the corner closed out half one scoring for the two teams.

Team Walser opened up the second half with an impressive effort, notching five unanswered goals in the span of nine minutes.

Justin Braun of the San Jose Sharks finally got Velocity back on the board by scoring not one, but two goals midway through the second half.

Team Velocity continued their late game scoring streak with a snipe from Travis Boyd of the Washington Capitals, and two more from Braun, securing his fourth goal of the game and the equalizer for Team Velocity.

The game shifted to an electric overtime, where Gustav Olofsson scored the finisher with 2:25 left.

Goligoski credited their incredible comeback to the momentum his teammates built on the ice.

“We just kinda stuck with it,” Goligoski said. “We had a little lull there for about 10 minutes, but I think Pitlik and Braun had a big shift there and got us a couple goals, we got some momentum from it, and it ended up being a great win.”

Team Walser played a great game, but Team Velocity’s undeniable chemistry and fight to the finish propelled them to a final score of 7-6. 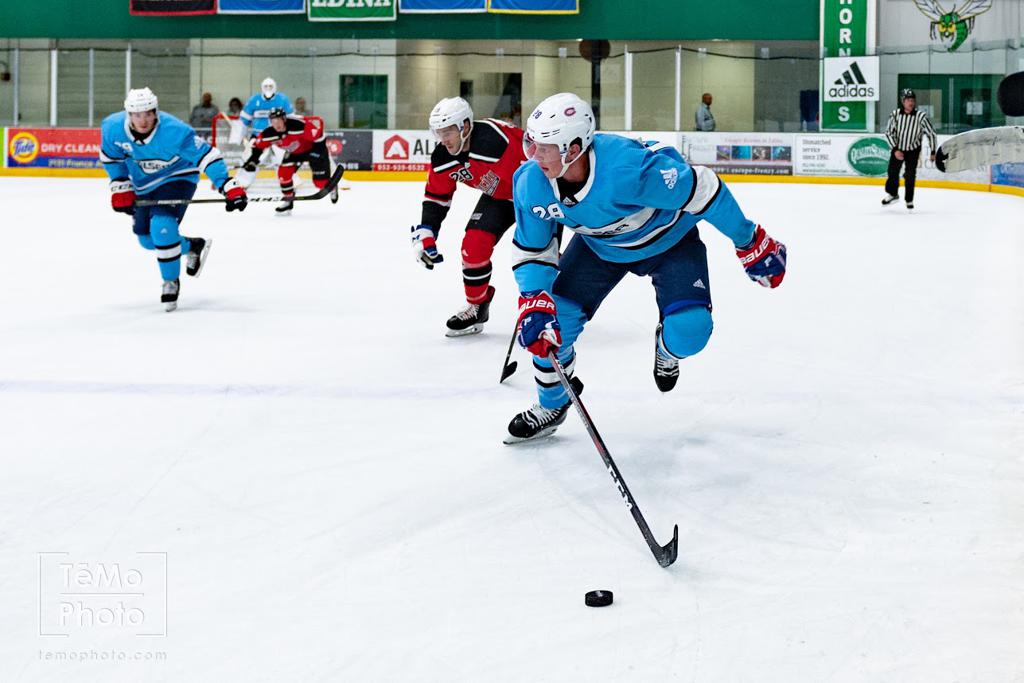